It's rare for a charter management company to take over an existing school. It's even more rare for an entire district to go down that path. But that's exactly what happened in two academically and financially struggling Michigan districts earlier this year.

The cash-strapped districts—Highland Park, near Detroit, and Muskegon Heights in the western part of the state—were each carrying a more than $10 million deficit at the end of the 2011-12 school year, prompting Michigan's Republican Gov. Rick Snyder to appoint emergency managers to the districts to straighten out the fiscal emergency. With little more than three months before the school districts were to open again in the fall, the emergency managers in both districts decided to lay off the staff, shut down the districts, and re-open new districts run by for-profit charter management companies—the Leona Group and Mosaica Education.

As you might imagine, the transition has been both rocky and extremely controversial. A quarter of the teaching staff in the Muskegon Heights district hired by Mosaica quit within the first few months of school, and Highland Park is in the process of battling a lawsuit filed against the district and the state by the American Civil Liberties Union. Both districts have high percentages of low-income students, and both are struggling with dismal academic performance.

It's a complex story that touches on public-private partnerships, charter schools, the role of emergency managers in education, and school safety and security. And in full disclosure, yes, I wrote it.

Play around with the image below to find out more about the story, or read the full text here. 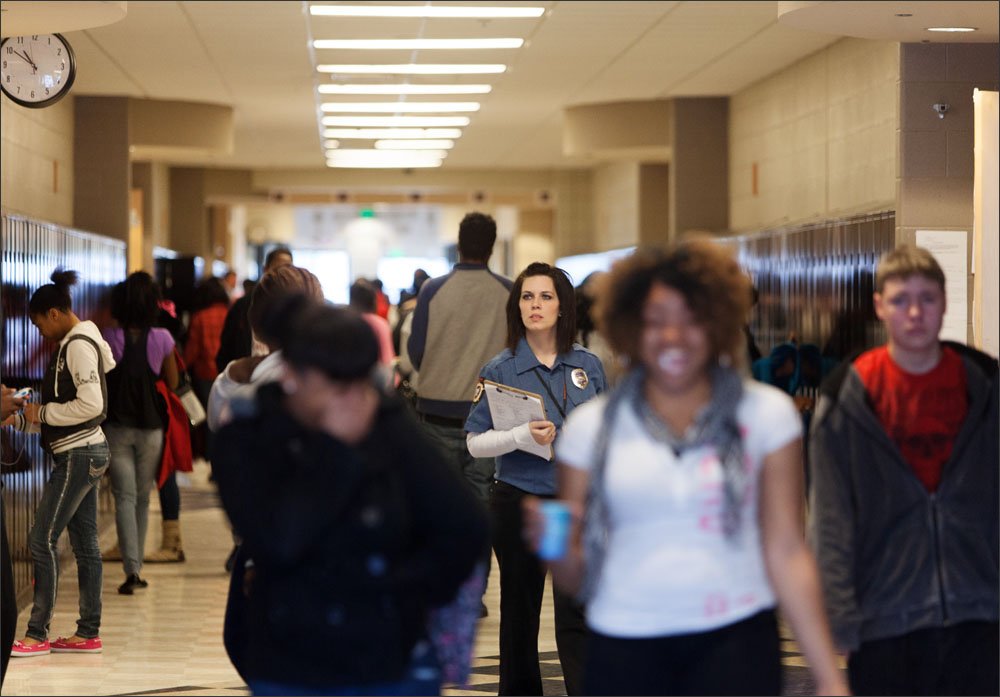 And if the interplay between private companies and public education is something you like to keep abreast of, check out our latest special report "When Public Mission Meets Private Opportunity," which contains stories about private companies partnering with high schools to better align students' skills for the workforce, how schools decide what services to privatize, and how educators are bringing a critical eye to research from private companies about their products, among others.