Well before school-choice options and parent-trigger laws started to gain popularity, families across the nation were lying about where they lived so their children could attend better schools.

Former CNN journalist Soledad O'Brien examined what she called parents who "steal a better education for their kids," for Al Jazeera America last month as part of the cable television network's special series "Getting Schooled." Included in the feature is a map that highlights the seven states along with the District of Columbia where parents can be sent to jail for misrepresenting their address to enroll their children in a different school district. 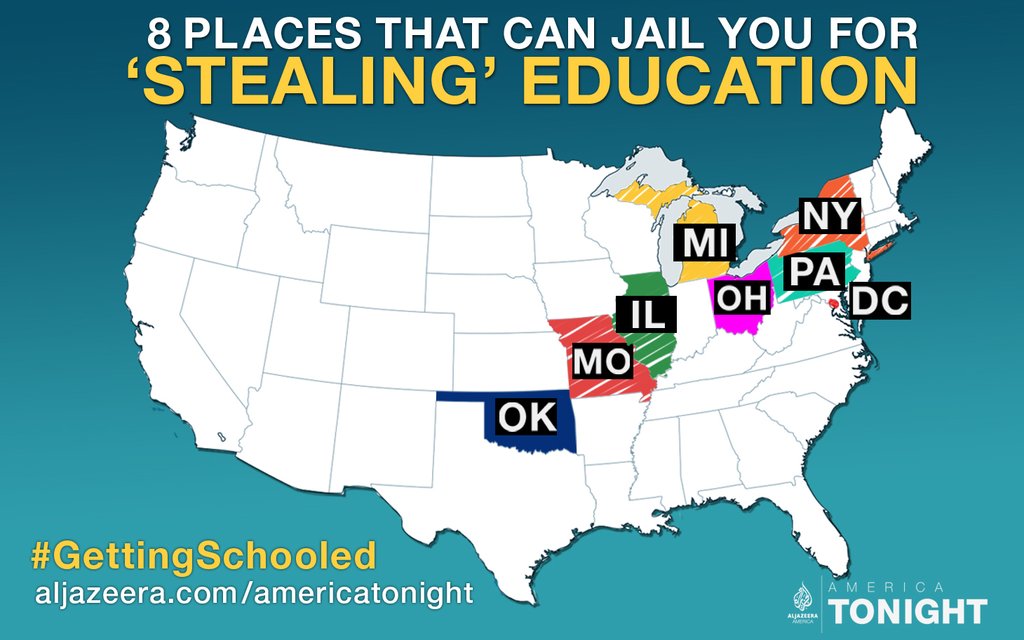 It's a fairly common practice that usually continues with little notice, until the story of a parent who gets arrested or jailed because he or she provided false information on student enrollment forms garners local and, in some cases, gets national media attention.

Al Jazeera America focused on Ohio mom Kelley Williams-Bolar who was indicted for grand theft and forgery in 2010 for using her father's address to enroll her daughters in the higher-performing Copley-Fairlawn School District rather than the struggling schools in Akron where she lived. Ohio Gov. John Kasich eventually pardoned Williams-Bolar.

The struggle over access to education is always worth revisiting since it's unlikely to be resolved without understanding the desperation of parents like Williams-Bolar who seemingly just want the best education for their kids. Akron Beacon Journal columnist Bob Dyer, however, argued strongly in a column that Williams-Bolar is ill-suited, to say the least, to serve as a spokeswoman for equal access to good schools. In his column, Dyer questions the veracity of Williams-Bolar's story.

No one should ever advocate breaking the law. But O'Brien's story highlights once again that access to a good education in America often means finding the best education a family can afford—whether it's paying private school tuition or the mortgage for a house in a particular ZIP code.

Eric A. Hanushek, the Paul and Jean Hanna Senior Fellow at Stanford University, told Al Jazeera America that parents should be able to choose their children's schools and that the state and federal dollars should follow the student to that school district.

"It's that we permit crummy schools to exist for some of our poor central-city residents—that's the fundamental problem," he said, according to the story. "And [that we] try to lock everybody to prevent them from trying to do better."