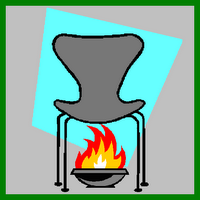 Earlier this month, Amy Waldman's article about the effort to rebuild New Orleans schools ("Reading Writing, Resurrection"), came out in The Atlantic Monthly -- a beautifully written, full-length magazine piece about the context and the characters surrounding what is a unique but still relevant effort at urban school reform. (Sadly, it's not available unless you subscribe to The Atlantic or have a friend who does.)

On the HotSeat, Waldman tells how she decided to do the story, how the district's recovery effort sometimes resembles postwar Iraq, what happens when choices are more theoretical than real, and what she thinks the main lessons of New Orleans are -- so far. Clearly, the story of New Orleans is about a lot more than Hurricane Katrina. Enjoy.

How's the response to the NOLA story been – any surprises or strong reactions?

AW: So far the response has been very positive. I do find that people want a simple answer about whether this experiment is working or not. At this point, there isn't one!

How did you end up doing this story?

AW: I thought the whole idea of a "clean slate" was worth exploring for what it could tell us both about education and post-Katrina New Orleans, and my editor agreed.

How long did it take to pull off?

AW: I made my first trip to New Orleans at the beginning of August, and the last in mid-October, with quite a few in between.

Things were obviously bad in NO before Katrina – but were they objectively that much worse than in other places (Chicago, LA, Denver, Detroit)?

AW: If you look at where New Orleans ranked on most educational measures, yes, although obviously Detroit and elsewhere face particular, and enormous, challenges of their own.

What’s different about New Orleans, then?

AW: The administration of its schools seemed especially awry, as suggested by among other things, fairly rampant corruption. But you could do this story about any struggling urban system – if any of them had been given the same chance to start over in such a sweeping fashion.

Who, if anyone, is the protagonist of your story – rich guy Huger, recovery district superintendent Jarvis, tough-guy principal Hudson, local principal Roche-Hicks?

AW: They all are protagonists, if you define them as actors with the capacity to shape how things turn out. As I got into reporting this, I quickly saw how much this was a story of individuals as much as institutions or systems. That's why I ended up structuring the story around these four leaders, if that's the right word – they all embodied different aspects of this new approach.

With seeming reluctance, you at one point enter the story in the first person and call out Jarvis for having failed – why?

AW: I find that when it comes to things urban – schools, city planning, etc. – there can be a tendency to assume that chaos and haphazardness are the natural state of things. So I wanted to make clear the impact of human decisions and calculations – and that making this work will require more than good intentions. I felt that I had a somewhat unique vantage to watch all this take shape – not least because of the unstinting access Jarvis and her staff gave me. I felt a responsibility to frame what I saw as a result.

Is there anything particularly hard about writing education stories, or getting them approved?

AW: I don't think it's hard to get them approved – The Atlantic, at least, is interested in running more education stories. I think several things are hard about writing them: how to balance the policy debates and process with the reason they matter, which is the children in the schools, and also the fact that there is no silver bullet for urban education, so no stories with perfectly neat morals or lessons. I also find the reporting hard emotionally: it's hard to meet children and so clearly see their potential – and then see them in a school that isn't doing enough to realize it.

What's your favorite line, sentence, or idea in your piece – or, if you're  feeling modest, the line that other people seem to like?

AW: Because I was never good at killing my darlings, I've decided to no longer have them.

How would you compare your piece to Paul Tough's article or Kate Boo's? Any commonalities, any things they do differently than you do?

AW: The pieces are trying to get at similar questions: how do you create or  improve schools for the urban poor? What role should schools take on for  children from difficult social and economic circumstances? Paul’s piece is more of a policy overview and Kate's is very intimate, but I learned a lot from both of them.

A lot's been written already about NOLA schools since Katrina – what in  particular did you feel you had to offer that was new or different?

AW: I thought trying to follow this effort from the beginning, or close to it, would be useful and hopefully provide a way to compare the rhetoric about starting over to the reality. Other than the Times-Picayune, which has diligently covered this process, I didn't see anyone else following it closely. Rather than waiting to see how it turned out and then trace where things went right or wrong, I wanted to look at the decisions made at the beginning – even though it meant writing before the results are in.

One of the themes of the piece seems to be that high standards and choice only work when there are actually viable choices to be made – choices of teachers, choices of schools, etc -- is that right?

AW: That is right, to a degree.And so in light of all the macro-planning being done for what New Orleans' schools should look like in future, I think it's important to understand what resources are available, and how things are actually working on the ground. It's one thing to say you are going to provide top-caliber teachers for every student – but what's your plan for finding those teachers, or for giving them the training they need?

Did the experience of writing the story change your feelings about charter schools and their potential, and the importance of teachers unions?

AW: I went in with an open mind on both subjects. I came away believing there are a lot of advantages to charter schools, not least the freedom from cumbersome bureaucracy, and the creativity they allow. But charters are only as good as the people running them – and they require vigilant oversight. As to teachers' unions, I believe there need to be mechanisms to ensure fair compensation for teachers, but I think many unions' rigidity and resistance to accountability and reform is a problem.

Some of what you describe going on sounds like a polite version of Halliburton in Iraq –are contractors and vendors running amok, selling anything to anyone for any price?

AW: It's not that much of a caricature, but there are problems with contractors and vendors either overcharging or failing to perform, and more than once during my reporting, Iraq came to mind. There are a lot of reasons for this, but I wouldn't say all the funds are being well spent.

What if anything is most people’s main misunderstanding about what's really going on in NOLA schools these days?

AW: I always hesitate to speak for "most people" and won't try to do so! But I think there is a misconception that you can disentangle schools from their context. The failure to make decisions about the rebuilding of the city has had a real impact on education and will continue to do so. And there's a misconception that the past can be shed as if it never happened.

Are there any things that already seem clear, even though the ultimate outcome isn’t known?

AW: One is the need to think through how reforms or concepts that sound good will actually play out – the idea of citywide choice being one example. It created a whole new set of problems, and I wouldn't be surprised if New Orleans returns to neighborhood schools. Another, which is obvious, is the importance of leadership, and the need for school leaders to understand the children they are working with. I think that's one danger with national charter school companies, though some have been more effective than others, that they will apply a cookie-cutter approach.

Waldman is also featured on a PPI panel in DC on Friday.

Up From Katrina: New Schools for NewOrleans

Moderated by:
Will Marshall, PPI President