Interventions that help to immunize vulnerable students against the damage caused by negative stereotypes may convey a kind of herd immunity to their classmates as well.

That's the conclusion of two studies published online this morning by the journal Psychological Science. Psychologists from Stanford, Pennsylvania State, Columbia, and Yale universities found the classmates of black 7th grade students who had participated in an earlier study of an anti-stereotype intervention saw an academic benefit as well.

The original study found black students who were randomly assigned to an intervention in which they wrote about their most important values had better grades and felt less stereotype threat—a fear of confirming a negative stereotype about his or her group which can impede a student's performance—than peers who did not participate in the writing exercise.

In the follow-up studies, researchers repeated the intervention with 7th graders from middle- and lower-middle-class families in a Northeastern middle school. Mixed-race classes with a higher proportion of black students who had participated in the writing exercise had higher overall grades. For example, in classes in which half of the students participated in the study, the typical student's achievement improved by a third of a letter grade for every two additional black students who participated in the writing exercise. Initially low-performing students improved the most, regardless of their race; a "C" student improved by a half-letter-grade, for example.

The researchers suggested having more students participate in affirming their own values could have strengthened classroom values, such as cooperation or order, that could support learning for themselves and their classmates.

"The intervention triggered not only a change in individuals, but also through this, a change in group atmosphere ... one with benefits for all students regardless of whether they received the intervention," the authors concluded.

The study comes as more educators push to identify systemic biases in schools and buffer students against their effects. You can explore some common triggers for stereotype threat in the graphic below. 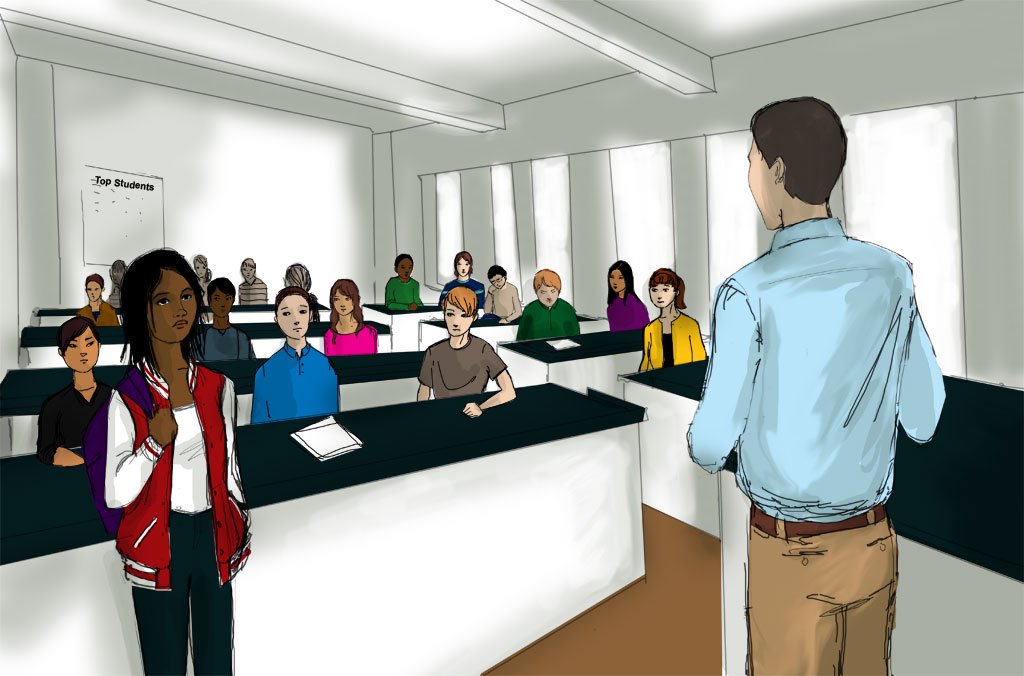