Armed Teachers: Should Parents Have the Right to Know?

A Utah lawmaker has proposed a bill that would allow parents to find out if their children's teachers are carrying firearms at school, reports The Salt Lake Tribune. Under the bill, parents would also have the right to have their children reassigned to an unarmed teacher.

According to the National Conference of State Legislatures, Utah is one of the few states that allow teachers with valid permits to carry concealed weapons into public schools. Representative Carol Spackmann Moss, who introduced the parental-notification bill, called the measure a "parents' rights bill," not a "gun bill." She cited a recent state poll finding that nearly 60 percent of respondents strongly or somewhat favored allowing teachers to carry firearms in the classroom, while 82 percent said parents should have the right to know whether or not their teacher has a gun.

The bill is already generating polarized reactions. Miriam Walkingshaw, co-founder of Utah Parents Against Gun Violence, said she supports the bill, explaining that guns in classrooms present a "danger" given Utah's high child-to-adult ratios in schools. "People aren't always able to be 100 percent on top of everything, and a gun is a weapon that's designed to kill people," she said. "Accidents happen."

Clark Aposhian, chairman of the Utah Shooting Sports Council, argued that the bill presents an invasion of teachers' privacy. "Teachers with permits have been carrying for 12 years now, and there's never been a problem," Aposhian told the Tribune. "We think this is just another way to demonize permit holders, who happen to be teachers in this case."

In other armed-educator news, an employee of the Van Independent School District in Van, Texas, was accidentally shot last week during a district-sponsored handgun training course. The district decided to allow teachers with concealed-weapon permits to carry guns in school after the shootings in Newton., Conn., in December.

For more information on teachers and concealed handgun permits, check out the interactive image below: 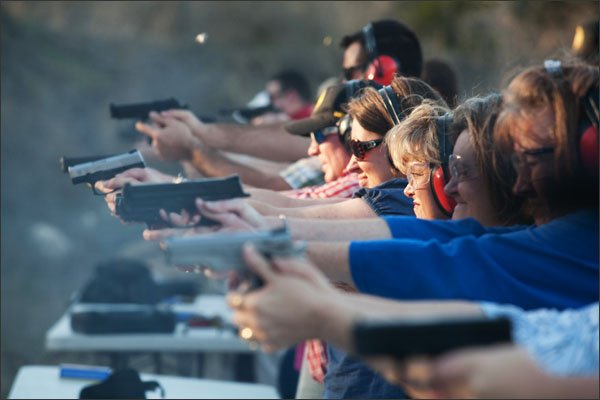 Most Viewed On Teacher